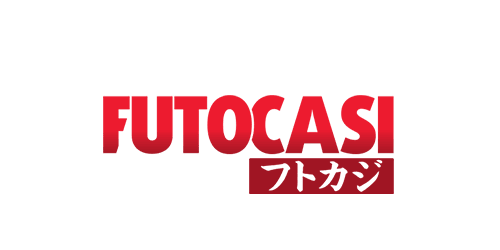 Futocasi is not available in your country. Please try:
Deposit methods

Futocasi launched in 2020 and operates on a Curacao gaming license. Owned by Starfish Media N.V., it offers an intuitive, easy to navigate, and fun mobile casino that can be accessed via mobile web. It caters to players in Japan, who can enjoy traditional and popular casino games on their smartphone or tablet.

Players have a wide selection of mobile casino games at their fingertips. Futocasi's portfolio of games includes the ever-popular blackjack, roulette, bingo, baccarat, craps, bingo, poker, and many others. Also present are perennial Japanese favorites such as Hawaiian Dream and Dragon Tiger. Video slots and jackpot games are likewise plentiful.

The deposit method chosen by the player is also the method by which he or she can withdraw winnings. These methods include credit cards and electronic payment systems such as Venus Point and Ecopayz. Payment processing times depend on the type of withdrawal method used, from as short as one day to as long as 7 days.

Catering mainly to players in Japan, the Japanese yen (¥) is naturally among the currencies accepted by Futocasi. However, the Casino also accepts payments and deposits in other currencies, namely the United States dollar ($), British pound sterling (£) and the euro (€). Also, currency conversions may occur depending on the player's payment method.

Futocasi 's welcome bonus is quite generous. It matches a new player's first deposit and offers 100 free spins to boot. The promotions don't stop after joining. In fact, the Casino features slot-based campaigns and weekend promotions regularly. Also, players can earn Super Points, which can be redeemed for cash, bonuses, or free spins.

Since Japan is Futocasi's target market, its website is written entirely in Japanese. Japanese speakers will have a convenient, easy, and hassle-free time navigating the mobile site, playing its games, and learning about bonuses and promotions since these are available in their native language. Site policies, the FAQ, and support are likewise in Japanese.

Futocasi's mobile casino can be played via mobile web and does not require any app to be downloaded. It's compatible with Android, Apple, and Windows devices. It can also be accessed on desktop computers. Futocasi features a buzzing Live Casino that features live roulette, live blackjack, and more. Instant Play is also available.

The selection of mobile casino games offered by Futocasi come from some of the industry's most respected and well-known developers. They include Evolution Gaming, Pragmatic Play, NetEnt, and Play'n Go. Other software providers whose games can be played on Futocasi mobile casino are Yggdrasil, Relax Gaming, Authentic Gaming, and a whole lot more.

Futocasi offers helpful customer service and support that players may access for inquiries, feedback, and concerns. The Casino's email support service is available 24 hours, 7 days a week. Live Chat is also available from Monday through Sunday between 4PM and midnight, Japan time. Players may also check out Futocasi's Twitter account for updates and developments.

Japanese players can choose from several deposit methods. Futocasi accepts payments via credit cards (JCB, Visa, MasterCard) and electronic payment methods such as ecoPayz, MuchBetter, and Venus Point. Virtual currencies or cryptocurrencies including Bitcoin, Litecoin, and Ethereum are also accepted. The minimum deposit amount is 1,000 yen while the maximum is capped at 1 million yen.